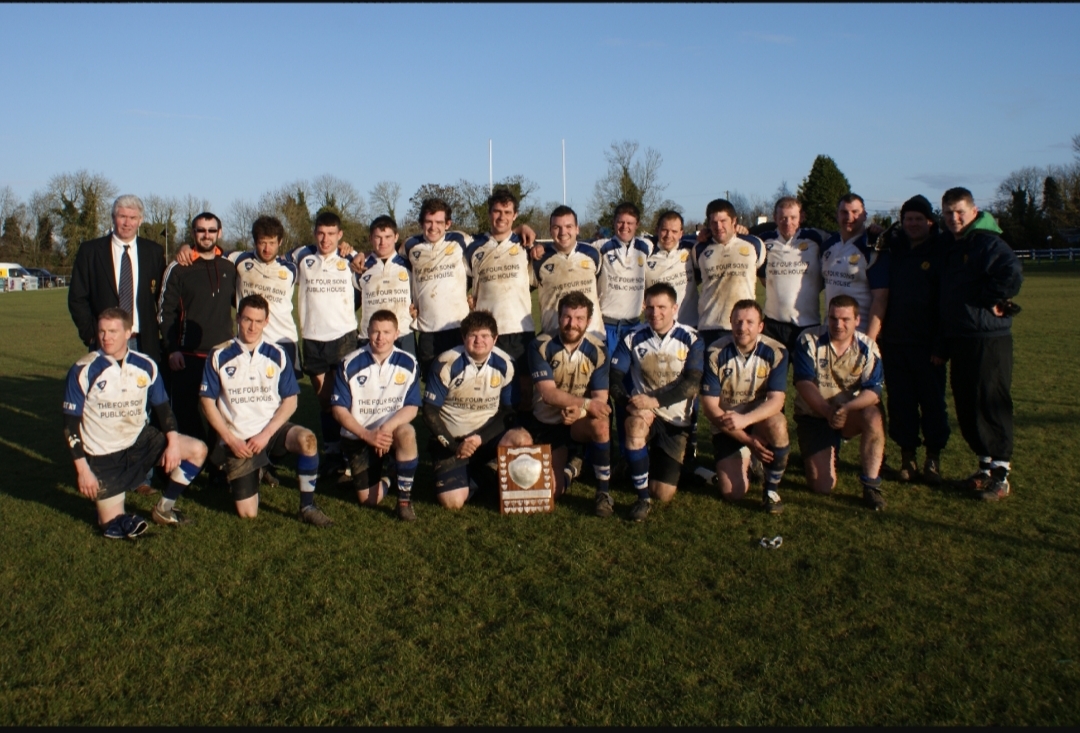 Download our mobile app to hear more about Edenderry RFC.

EDENDERRY WON their first Midland League title since 1999 and claimed four vital Leinster League points in a tight-fought win over Mullingar in Coolavacoose on Saturday. Edenderry started much better than their opponents and were twice held up over the line as the Mullingar defence held firm. The Edenderry backs were eager to move the ball but were let down by some basic handling errors on three occasions when the line beckoned.

The home side made the breakthrough after 10 minutes when Liam Holt slotted over a penalty. Edenderry then allowed Mullingar to get a foothold in the game and outhalf Roger O’Callaghan missed a penalty before some good offloading by Mullingar saw prop Ger Brennan go over for a converted try.

The Edenderry pack then won three balls against the head to build a strong platform for attack. A tidy exchange between the centres saw Robbie Glennon setting up Ethan Cooney to touch down under the posts for a seven pointer. Holt added another penalty just before half-time to give the home side a 6-point lead at the break.

In the first minute of the second half Mullingar went back into the lead after Stephen Cummins’ kick was blocked down and full-back Paddy Butler won the race to score a try which was converted by O’Callaghan. Mullingar extended their lead with another two penalties but Holt scored another one to get Edenderry within four points.

With 10 minutes to go Edenderry found themselves defending their own line as the Westmeath side threatened put the game out of reach. A good clearance by Brian O’Carroll and some good build-up play involving Jack Kilmurray and Adrian Smith led to a 5-metre scrum to the home side.

After a couple of bursts at the line by Tom Mulligan captain Brian Rushe, who tackled strongly throughout the game, eventually scored the vital try to put Edenderry ahead by a point. Holt added the extra points to put Edenderry into a three-point lead with nine minutes to play.

Edenderry work at the lineout and scrum and found themselves 10 yards out from the line. The Edenderry forwards then won a penalty after some good counter rucking which allowed O’Carroll to clear. Soon after Mullingar conceded another penalty for a late tackle on Cummins allowing the Offaly side to play out the clock and claim a three-point win.

We would like to wish all our players, club members, fam...

We hope everyone is staying safe and keeping well!There a...

Your club your country tickets.

Great prizes up for grabs!! Edenderry RFC receive all tic...

The IRFU have just launched a new registration and membe...

Have you got what it takes?

Have you got what it takes to referee a rugby game? Sign ...

Get live information for Club on the ClubZap App